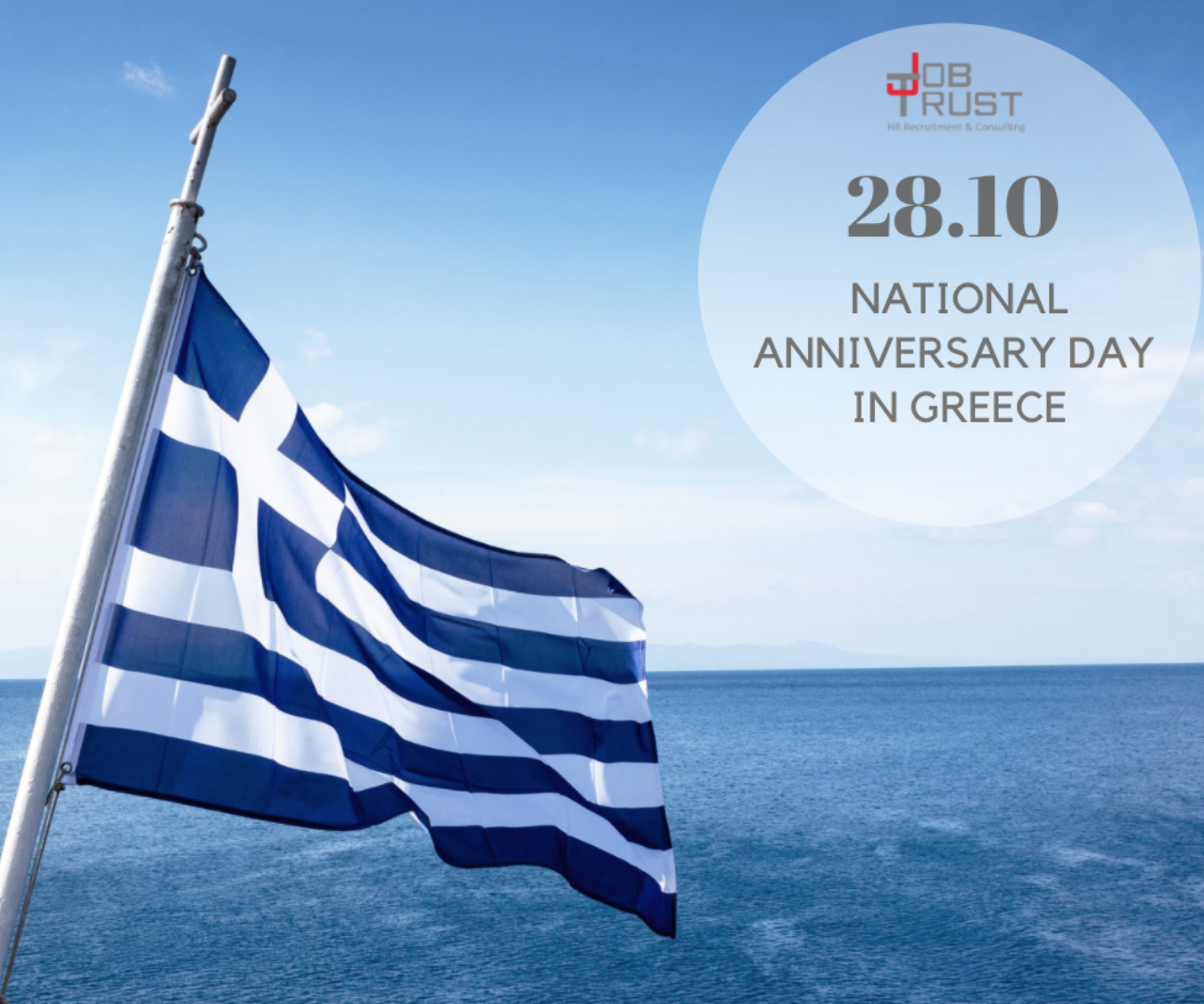 28 Oct 2020 By Job Trust
Ohi Day or Oxi Day ("Anniversary of the No") is celebrated throughout Greece, Cyprus and the Greek communities around the world on 28 October each year. This national anniversary reminds the rejection by Greek Prime Minister Ioannis Metaxas of the ultimatum made by Italian dictator Mussolini on 28 October 1940, the Hellenic counterattack against the invading Italian forces at the mountains of Pindus during the Greco-Italian war and the Greek Resistance.

At the dawn of October 28, 1940, the Italian army with Italian Dictator Benito Mussolini demanded from the Greek Prime Minister Ioannis Metaxa to cross the border with Albania and to occupy Greece. Metaxas replied in Greek ‘OHI’ (No). In a few hours, the Italian army entered northeastern Greece. Greek soldiers successfully fought the Italian-Albanian forces and pushed them back into Albania.

How do Greeks celebrate their national anniversary?

Some days prior to October 28th Greeks start decorating streets and their balconies with Greek flags.

Greek museums and ancient sites such as the Athens Acropolis Museum are opened and admission to the museum is free of charge.

In schools, pupils recite poems, sing songs or play scenes from the Greek-Italian war wearing costumes of the time. The school teachers usually talk about Greeks’ heroism at the war.

On the anniversary day, schoolchildren parade on the main street of their village or neighborhood, that is they march synchronously along with military music. Pupils’ parents and many people watch the parade, wave small flags and applaud. The best student of each school holds the Greek flag in the parade and is called simeofóros ‘the flag-bearer’.

Also, a part of the air forces and army parade on the main streets in Athens and Thessaloniki by making a demonstration of tanks and war aeroplanes.

After the parade, families and friends get together and celebrate the rest of the anniversary by eating in a tavern or their homes.